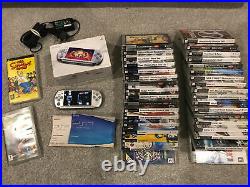 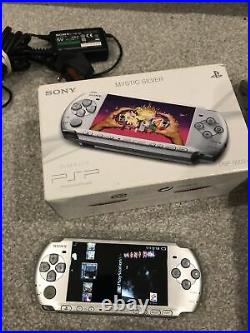 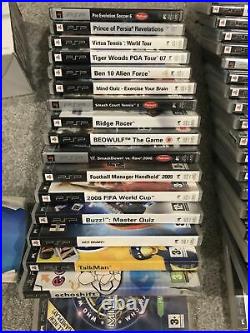 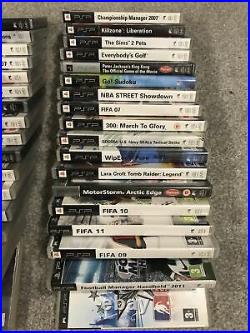 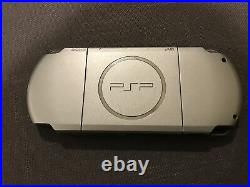 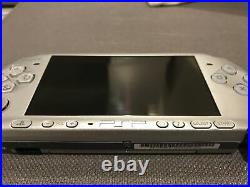 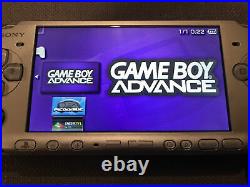 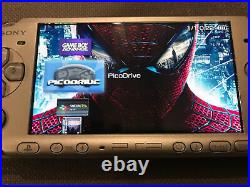 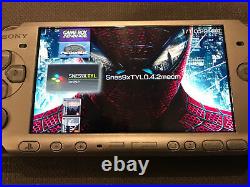 Includes original Box (which is a little worn) but will keep the psp safe. Sony Psp 3003 mystic Silver slim and lite enhanced screen Hacked so includes the following 1600+ Retro Games from emulators which include -Gameboy advanced = 208 games – snes = 550 + games – megadrive = 825 games – ps1 = 13 Games. These ps1 games are :- metal gear solid-resident evil 2&3- alundra-croc-dead or alive-dragonball z-klonda-legend of mana- silent hill-soul blade-tekken 3- and a japanese game like street fighter 2. All games stored on an official 32gb pro duo memory card. The games emulators include favourites like sonic the hedgehog 1,2,3 – streets of rage 1,2,3 -road rash 1,2,3 super mario games – zelda games – golden axe- street fighter 2 to name a few. But this pretty much includes every game ever made for the megadrive and snes. So you will find this psp will have the retro games you are looking for with all your retro gaming needs. Its In great condition and working order. Battery good and still holds charge. Includes official cable charger. But works perfectly i have also charged up the psp and tried and tested out the umd disc tray this works also so you can play any psp games you already have on umd disc also on the console. There are no issues what so ever That i have found anyway. Price reflects the great condition of the psp and the amount of games content included on the 32gb pro duo memory card. Also included are 37 games as shown on the photos. The item “Huge Sony Psp 3003 Mystic Silver Bundle, Boxed, 37 Games Plus 1600+ Retro Games” is in sale since Monday, October 11, 2021. This item is in the category “Video Games & Consoles\Video Game Consoles”. The seller is “deanp82″ and is located in Loughborough. This item can be shipped to United Kingdom.