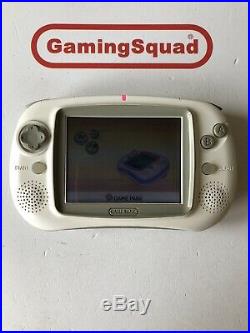 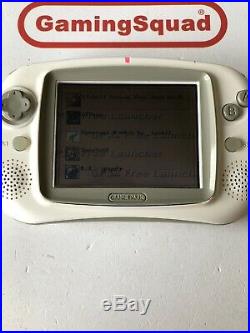 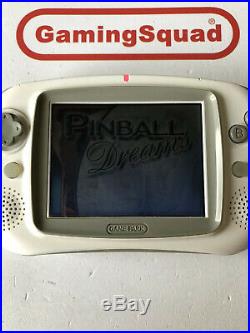 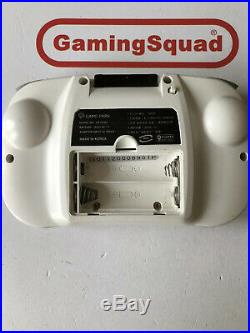 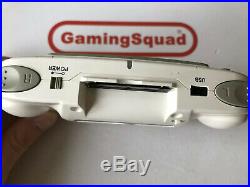 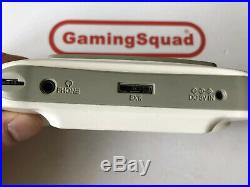 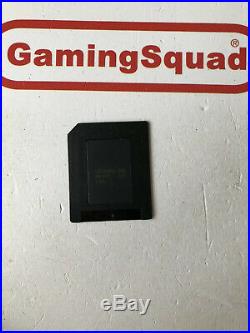 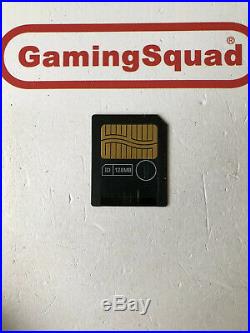 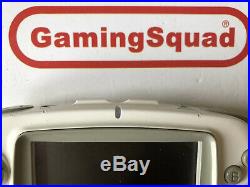 Game Park GP32-001 Retro Handheld Games Console with 128mb Game Card. Produced By: Game Park. Contents: Console & 128Mb Card. Condition: Acceptable Item Operates from 2xAA Batteries as shown in the pictures. It is Missing the Battery Cover. It has varying marks from its life including the two worst pictured close up (minimal but there none the less) Small mark on the screen it is minimal and we have tried to picture it for you. Condition Like New – Pre-Owned but still like it has come out of the shop next to Mint Very Good – Pre-Owned in a Very Good condition, however small signs of prior ownership such as marks to the toy or outer packaging. Good – Pre-Owned in a Good condition, but not collector standard, signs of past ownership including many marks or wear to outer box, potential of missing parts (Listed under contents). Acceptable – Pre-Owned and in a playable condition, however clearly pre loved including potential of many missing parts or large damage to outer box. Our Conditions on Toys are drawn from our staff members opinions (for more detailed pictures or information on a particular item please use the message us button). The Pictures form a valid part of item description, and any further description questions should be placed using the message button. Rare handheld Korean Console Game Park GP32 This one has a button on the rear that allows it to be pressed and the screen becomes lit up. Item has a card with it which appears to have a pinball game built into it but most of the instructions are in korean, so we are unsure what the card is or what else it has on it (more menus to operate etc) Sound is operational, buttons are operational. Overall not much is known on this other than what we have located from the internet, released at the start of the millennium in South Korea not long after the Gameboy Advance. It has a 32 bit CPU, 133MHz processor, MP3 and Divx player as well as an e-book reader. Smart media cards are used and can hold up to 128mb of anything downloaded through a USB Cable (not included) from a PC. In 2003 it faced a re-design with a front lit screen included and in 2004 a back lit screen. B If purchasing on a Friday afternoon or over the weekend the items will NOT be dispatched until Monday Morning. The item “Game Park GP32-001 Retro Handheld Games Console with 128mb Game Card” is in sale since Wednesday, February 5, 2020. This item is in the category “Video Games & Consoles\Video Game Consoles”. The seller is “gamingsquad” and is located in Sleaford. This item can be shipped to North, South, or Latin America, all countries in Europe, all countries in continental Asia, Australia, New Zealand.