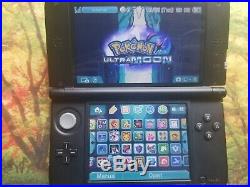 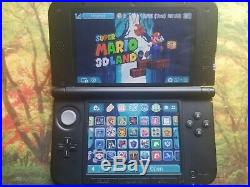 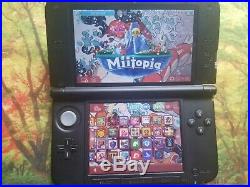 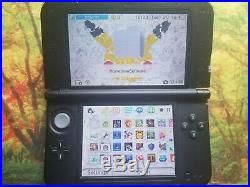 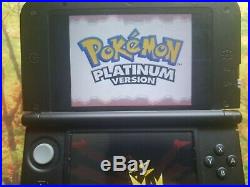 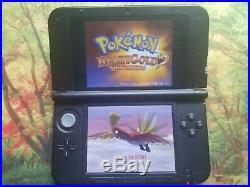 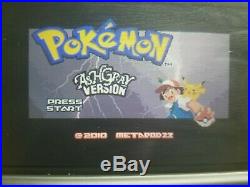 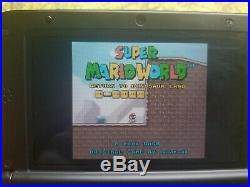 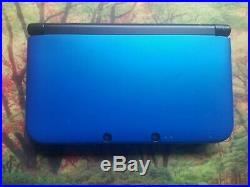 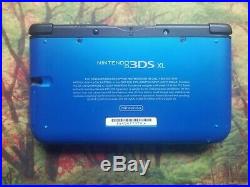 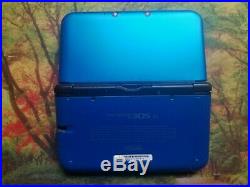 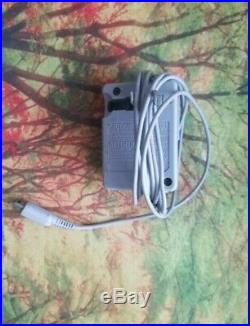 Professionally Modded Luma3DS CFW Nintendo 3DS XL System Console, Blue / Black. Comes with a charger for both 3DS/DSi systems, and a 32 SD Card to hold the digital games included. Custom firmware includes software such as Anemone Themes, Homebrew, Twilight Menu which allows you to run DS, Gameboy, Gameboy Color, and GBA games. Along with a software that lets you run SNES and NES games. It is in good condition, both sides of the outer shell have some scratches/wear. Other than that, the rest of the console is in perfect condition. The console will come with 30+ 3DS games such as. Animal Crossing New Leaf. The Legend of Zelda: Ocarina of Time 3D. The Legend of Zelda: Majora’s Mask 3D. And other 50+ DS games like Castlevania Dawn of Sorrow, Pokemon Conquest, Pokemon HeartGold, Pokemon Soulsilver, Pokemon Platinum, Mario 64 DS, and Mega Man. The SNES, NES, GameBoy, GB Color, GBA games will have more than 300 games. The console will also come with over 60 highly rated ROM Hacks! ROM Hacks such as. Pokemon Blaze Black 1 and 2. 20+ more Pokemon ROM Hacks. Super Mario Bros 3 Mix. Super Mario Bros Rebirth. Super Mario World – Return to Dinosaur Land. You can also request to add other games that are not included, and more ROM Hacks if you want. Everything will work as normal, you can still play online with friends as such. Having a modded 3DS does not shut down any features a regular 3DS would have. To run the older generation games, you must run the Twilight Menu, SNES9x, or VirtuaNES software. To run DS, Gameboy, Gameboy Color and GBA games, you must enter the Twilight Menu. GBARunnerwill run GBA games. There are 4 GBA folders named GBA 1, 2, 3, and Rom Hacks. Press B to see the folders. To run the other game consoles, press the yellow arrow on the bottom right where the folders will be named accordingly. The GB and GBC will take a bit to load. You can go to the next page by pressing the R shoulder button. Some games will support save states, which I recommend to do along with saving ingame. To run SNES games, enter the SNES9x software. There you can run SNES games. Use the touchscreen for save states and other cool configurations. To run NES Games, enter the VirtuaNES software. Itll look the same as the SNES9x software once opened. ROM Hacks will be found in the Emulator folder. If you want to run a Super Mario World ROM Hack then open SNES9x, open the SNES Games folder then the Rom Hacks folder. You can also customize your 3DS home screen by using the Anemone app in the H folder. I have preinstalled 10 themes, but if you want more, you could get themes from theme plaza in Google. If your wanted game is not included here, please send me a message. I will add whatever game you want, even if it is a rom hack. The system has up-to-date custom firmware and update 11.13 installed. It has the latest version of Luma3DS, Anemone, Boot9strap, FBI, Homebrew, VirtuaNES, SNES9x, TWiLight Menu++, and GodMode9. Please DM me if you have any questions. The console will come with 30+ 3DS games. There are 60+ highly rated ROM Hacks, including 20+ Pokemon and 10+ Mario and Zelda games. TWiLight Menu++ will run past generation games while SNES9x and VirtuaNES will run SNES and NES games. The 3DS will work as normal, all online features will work. The item “Blue Nintendo 3DS XL with 2500+ Games. ULTIMATE RETRO GAMING SYSTEM” is in sale since Monday, June 8, 2020. This item is in the category “Video Games & Consoles\Video Game Consoles”. The seller is “ri-154729″ and is located in Lacey, Washington. This item can be shipped to United States, Canada, United Kingdom, Denmark, Romania, Slovakia, Bulgaria, Czech republic, Finland, Hungary, Latvia, Lithuania, Malta, Estonia, Australia, Greece, Portugal, Cyprus, Slovenia, Japan, China, Sweden, South Korea, Taiwan, Belgium, France, Ireland, Netherlands, Poland, Spain, Italy, Germany, Austria, Bahamas, Israel, Mexico, New Zealand, Singapore, Switzerland, Norway, Saudi arabia, United arab emirates, Qatar, Kuwait, Bahrain, Croatia, Malaysia, Chile, Costa rica, Panama, Trinidad and tobago, Guatemala, Honduras, Jamaica, Aruba, Belize, Dominica, Grenada, Saint kitts and nevis, Turks and caicos islands, Brunei darussalam, Bolivia, French guiana, Guernsey, Gibraltar, Guadeloupe, Iceland, Jersey, Jordan, Cambodia, Liechtenstein, Luxembourg, Monaco, Macao, Martinique, Pakistan, Paraguay, Uruguay, Russian federation.