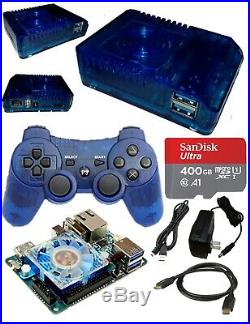 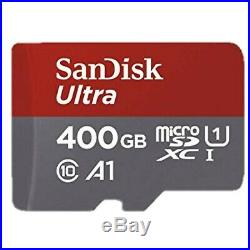 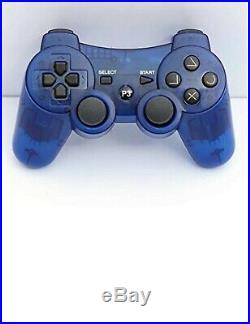 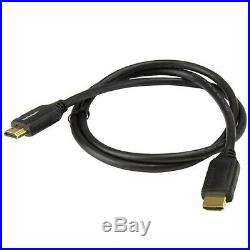 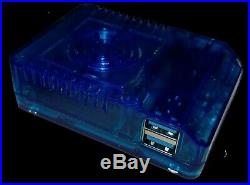 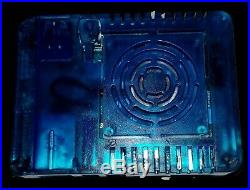 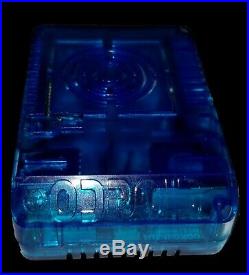 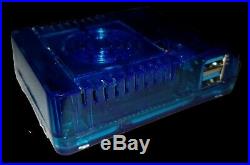 I also have 64GB, 128GB, 200GB, 256GB, 400GB, 512GB options if you want something smaller or larger in storage. This is a retro games emulator console built from the Odroid xu4. The xu4 is way more powerful than a raspberry pi and if you have had trouble running n64 games on a pi this is the device for you. It runs n64 almost flawlessly as well as all the other systems and Dreamcast is also very good. This system is great in many ways and the graphics will be enhanced many times over compared to the raspberry pi 3B & B+. This system also has a built-in power button. Overall this is a powerful Emulation device and can handle the more advance games much much better than the pi 3B & B+. If you want the best possible quality out of your favorite retro games the xu4 is the best and most stable choice other than a PC. This system is a plug n play ready to go out of the box. No complicated set up or installations it’s just plug n play all day. SYSTEMS COMES WITH THE FOLLOWING BELOW. Amiga – 361 Arcade/Mame – 2363 Atari 2600 – 2541 Atari 5200 – 506 Atari 7800 – 241 Atari Jaguar – 56 Atari Lynx – 313 C64 – 147 Coleco Vision – 155 Dreamcast – 140 Famicom – 674 Famicom Disk System – 388 Game Gear – 661 GB – 1416 GBA – 1044 GBC – 696 Intellivision – 160 Kodi – 1 Master System – 426 Genesis/MegaDrive – 948 Genesis/MegaDrive Japan – 917 N64 – 314 US, Eu, Au + 84 japan + 36 ROM hacks – 535 NDS – 882 Neo Geo – 58 NES – 792 NES ROM Hacks – 344 Neo Geo Pocket Color – 119 PS1 – 183 32X – 210 Sega CD/ Mega CD – 178 SNES – 864 SNES ROM Hacks – 330 Turbo Grafix 16 – 98 Virtual Boy – 30 Included in this listing. Odroid XU4 Transparent Red Case PS3 style USB controller + USB cable Power supply 400GB Micro SD + Games HDMI CABLE. Included in this listing. Odroid XU4 Transparent clear blue case but I can custom paint it the color of your choice so just ask. PS3 style USB controller + USB cable Power supply 400GB Micro SD + Games HDMI CABLE. You may or may not receive a matching blue controller it depends on if I have any in stock. In the case I do not have blue a black will be sent in it’s place of the same brand and model. Feel free to ask any questions you may have. This kit will include games from many different consoles. It really does a great job upscaling the graphics for all systems. You can even change which emulators to use for each game to get the best possible setup you desire. I’m always available if you have any questions or concerns. You may run into a small number of games that don’t load and some are arcade games that may need their emulator switched. Arcade games don’t all run on the same hardware so if a game won’t load it’s very simple to pick which emulator to use for any games like that. Just a few button pushes and that’s it very easy. I can help if you need it. Some games have multiple versions of the same game such as different regions or revisions so you may see double copies of the same game but that is just multiple versions or revisions of the same game. 99% of the games do not have multiple copies if the same game on my some games have more than 1 copy as I mentioned abo. The item “400GB ODROID-XU4 Game Console (Blue) For Retro Game Emulation + Games & More” is in sale since Saturday, September 21, 2019. This item is in the category “Video Games & Consoles\Video Game Consoles”. The seller is “sandyb1877″ and is located in Glen Burnie, Maryland. This item can be shipped to United States, Canada, United Kingdom, Denmark, Romania, Slovakia, Bulgaria, Czech republic, Finland, Hungary, Latvia, Lithuania, Malta, Estonia, Australia, Greece, Portugal, Cyprus, Slovenia, Japan, China, Sweden, South Korea, Indonesia, Taiwan, South africa, Thailand, Belgium, France, Hong Kong, Ireland, Netherlands, Poland, Spain, Italy, Germany, Austria, Bahamas, Israel, Mexico, New Zealand, Philippines, Singapore, Switzerland, Norway, Saudi arabia, Ukraine, United arab emirates, Qatar, Kuwait, Bahrain, Croatia, Malaysia, Brazil, Chile, Colombia, Costa rica, Panama, Trinidad and tobago, Guatemala, Honduras, Jamaica, Antigua and barbuda, Aruba, Belize, Dominica, Grenada, Saint kitts and nevis, Saint lucia, Montserrat, Turks and caicos islands, Barbados, Bangladesh, Bermuda, Brunei darussalam, Bolivia, Ecuador, Egypt, French guiana, Guernsey, Gibraltar, Guadeloupe, Iceland, Jersey, Jordan, Cambodia, Cayman islands, Liechtenstein, Sri lanka, Luxembourg, Monaco, Macao, Martinique, Maldives, Nicaragua, Oman, Peru, Pakistan, Paraguay, Reunion, Viet nam, Uruguay.